MINUTES of the PROPRIETORS
of MESSUAGES, LANDS
and HEREDITAMENTS
in the
TOWNSHIP of CROSTHWAITE
and LYTH 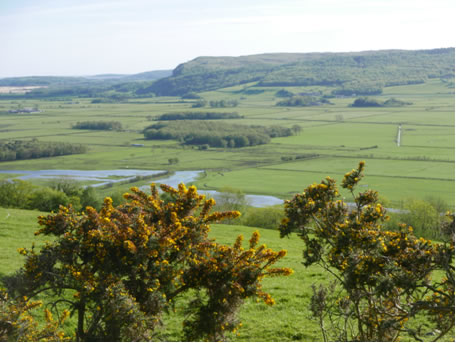 Penny spent many months transcribing the "Minutes of The Proprietors of Messuages, Lands and Hereditaments in the Township of Crosthwaite and Lyth November 23rd 1857 to November 22nd 1910". Her transcriptions and copies of the sometimes spidery handwritten pages are reproduced here. To make the pages manageable they are divided into 5 web pages each with approximately 50 pages of transcribed text. Photographs of the original pages are also included alongside the text.

If you would like to view the whole of the document then each page is reproduced HERE.

When you read through the following pages, recorded 150 or more years ago,it is evident that attitudes have changed considerably. Whitbarrow was treated as a place to be exploited:stone dug, and of course crops taken - nuts, timber, grass etc.And this continued until quite recently: for example Fred Inman, of Town Yeat, cut his yew fencing posts on Whitbarrow andMr Hoggarth, who was chairman at the time, dug quite a big hole because he needed a landfill for some purpose.
Most flagrant 'exploitation' was the sale of the screes at the southern end of Whitbarrow for roadfill for the motorway in the '70s; the removal of the screes would certainly not be allowed now. At the time there was quite considerable resistance to the notion that some of the money, paid to the Landowners, should be reserved for future use, rather than all be applied then-and-there for relief of the rates.

Now, by contrast, it is recognised as an outstanding and exceptional natural habitat and it is managed accordingly. Of course we still take an income off it - grass and cottage rents, payments for firewood etc, but the overriding consideration is preservation. The Landowners are very aware that they need to strike a balance between taking an income, which is needed to fulfil the Landowners' charitable objectives, and environmental management.