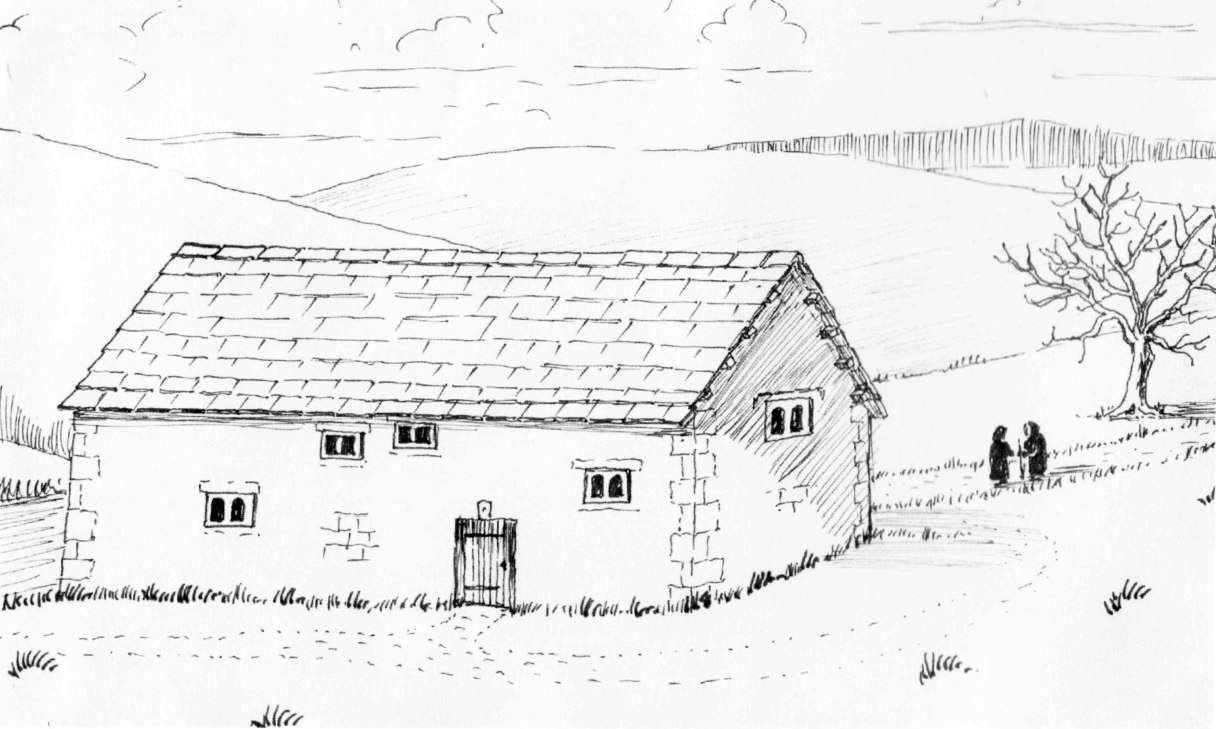 Artists impression of the 12th
century Church by Peter Windsor

The very name of Crosthwaite speaks of the village's long history of Christianity. Irish or Angle missionaries may have put up the cross in the sixth or seventh century. The Vikings arrived in the ninth century, clearing forests, to provide grazing land for their animals.

The first documented reference to a church at Crosthwaite is a 12th century grant of land… "near the spring by the chapel of St Mary". This chapel may have been on Kirk Hill, near Durham Bridge but could, equally, have been on the site of the present church. A later painting, showing the earliest part of the church, had the characteristics of a Saxon building, a simple stone structure, with small windows and a slate or thatched roof.

Among the Crosthwaite and Lyth parochial papers is a parchment document, dated 1669, which details "the way in which the people are to be seated in the church", listing the names of farms, most of which are still in use today. This chapel was in the parish of Heversham. It was not until 1537, that the parishioners of Crosthwaite asked for their chapel to be licensed for births, deaths and marriages, as the journey to Heversham, for these ceremonies, was rather onerous. It is probable that this building would have had benches for the parishioners, a communion table and a font. This early font can still be seen at the entrance to the present church, a simple, octagonal, limestone bowl. 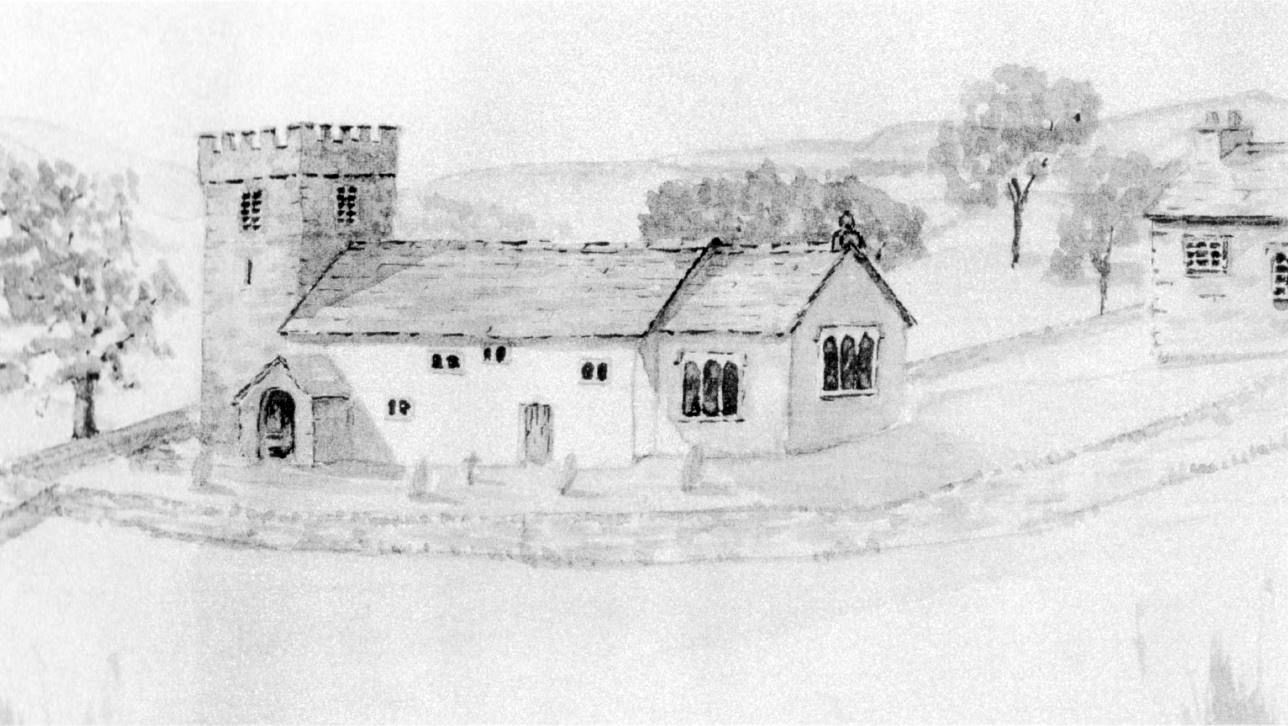 Early on, an unknown benefactor gave a silver chalice to the chapel. The chalice has a cover, which is used as a paten, to hold the bread at the communion service. These pieces are the oldest surviving communion plate in the County. 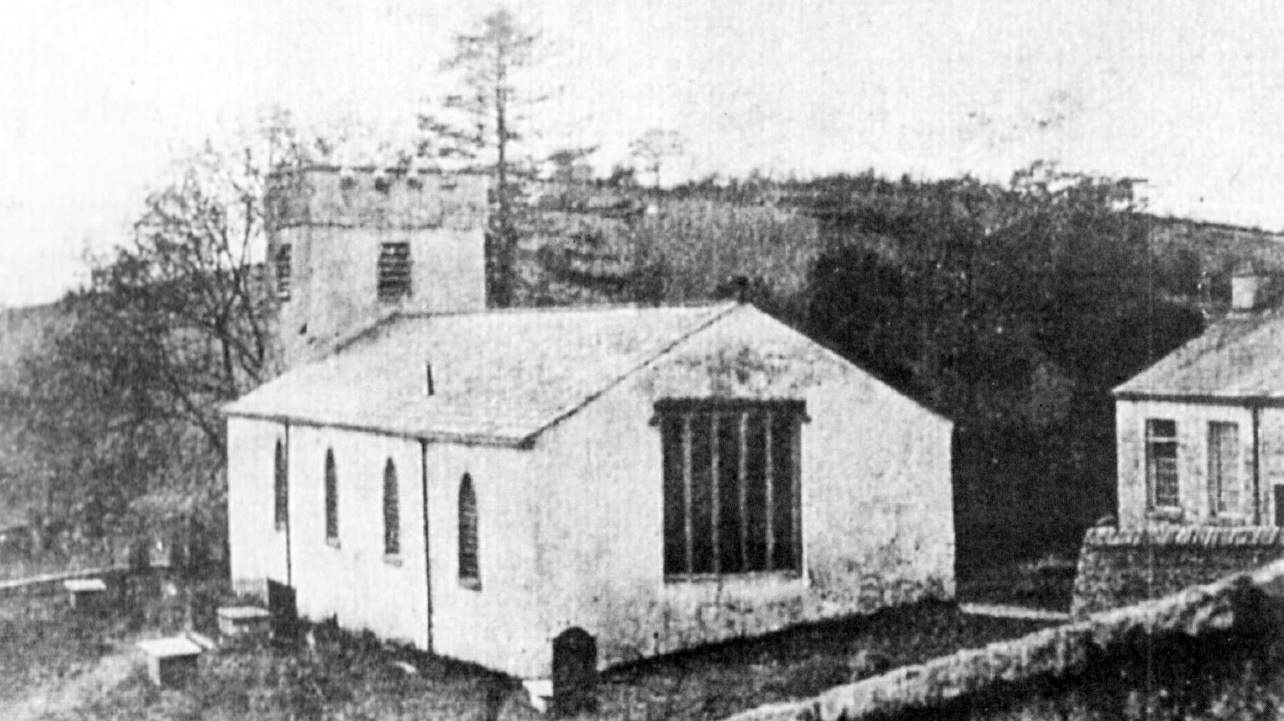 In 1626, William Gilpin gave money to add a chancel and square tower to the church. He gave £50 to pay for three bells to be hung in the tower. In his will, he left money to be used for the instruction and teaching of children in Crosthwaite and Lyth.

More major renovations to the church occurred in 1816. However, this building was not quite imposing enough for its status, when it became a new, separate ecclesiastical parish in 1869. The present church was thus conceived and built with the vision of the vicar, the hard work of the parishioners and the generosity of gifts of money from Mr Frank Argles and his brother, the Revd Marsham Argles, Canon of Peterborough Cathedral. The basic church was completed in 1878, with additions over the next seven years of a chancel and tower. Six new bells, some probably cast with metal from the old bells, were hung in the new tower. 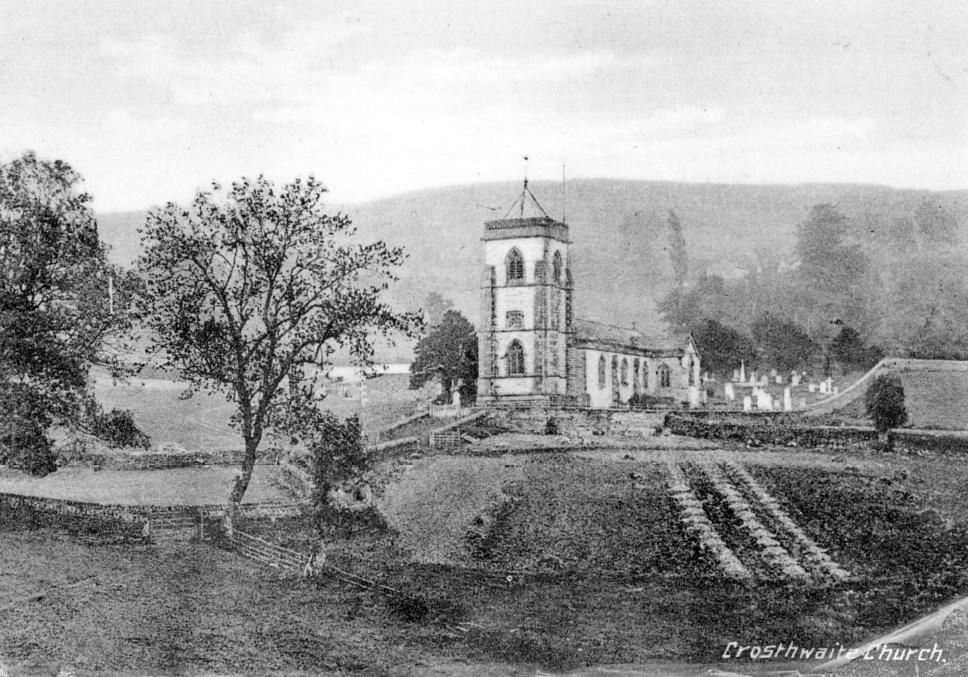 The external walls were faced with limestone carted to the site by the parishioners, from the quarries on Whitbarrow Scar. The window tracery was in sandstone from Carnforth, the pews were of oak, the pulpit was presented by the Vicar of Heversham, the Revd T. M. Gilbert, whilst the new font was donated by the contractors and workmen; a truly joint village effort. 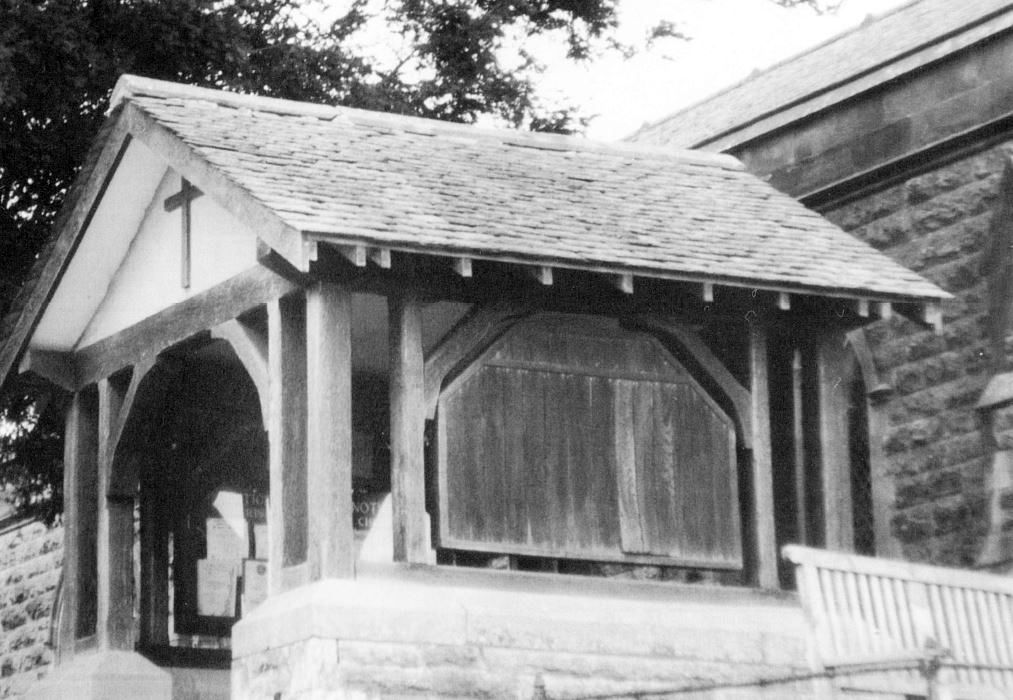 Lych gate, built in memory of Sybil and Hubert Argles

In the 1970s a lych gate was built by Tom and Brian Alston, in memory of Hubert and Sibell Argles. Two notice board panels were erected under the gate, in remembrance of Christine Dobson and the lamp at the entrance was dedicated to Les and Win Watkins.

Inside, stained glass windows were set in the apse above the altar, in the north chancel, above the font and at the west end. Some of these were dedicated to, or given, by local families; T. Atkinson of Tooting, the Cartmells from High Birks, the Hoggarths and the Carricks who dedicated their window to a son who was killed in a skiing accident. Frank Argles' widow and son erected the reredos in the chancel to his memory. There is a bust of William Pearson of Borderside and three tablets, memorials to the Dickinson family, William Strickland of Whitestock Hall and Ann Relph, an Atkinson from Spout House. The organ was built by Wilkinson of Kendal and placed in the church in 1865, later being moved to the new church and its present position in 1878. Arthur Cartmell pumped the organ before it was mechanised. The Misses Jane and Mary-Ann Bownas of Whitbarrow Lodge donated the unique wall-safe in the church. 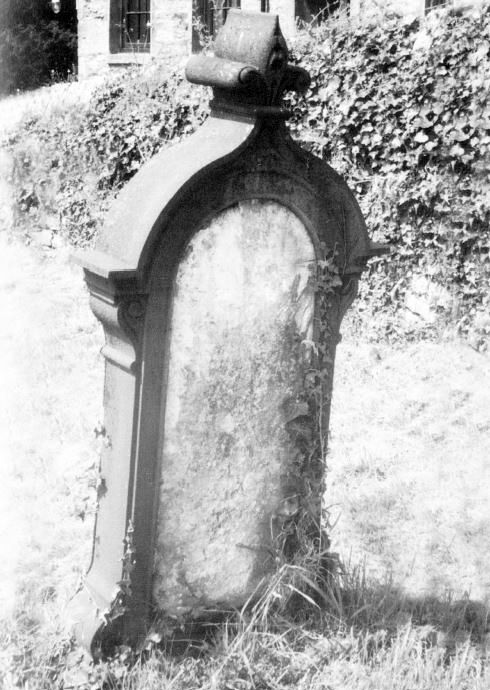 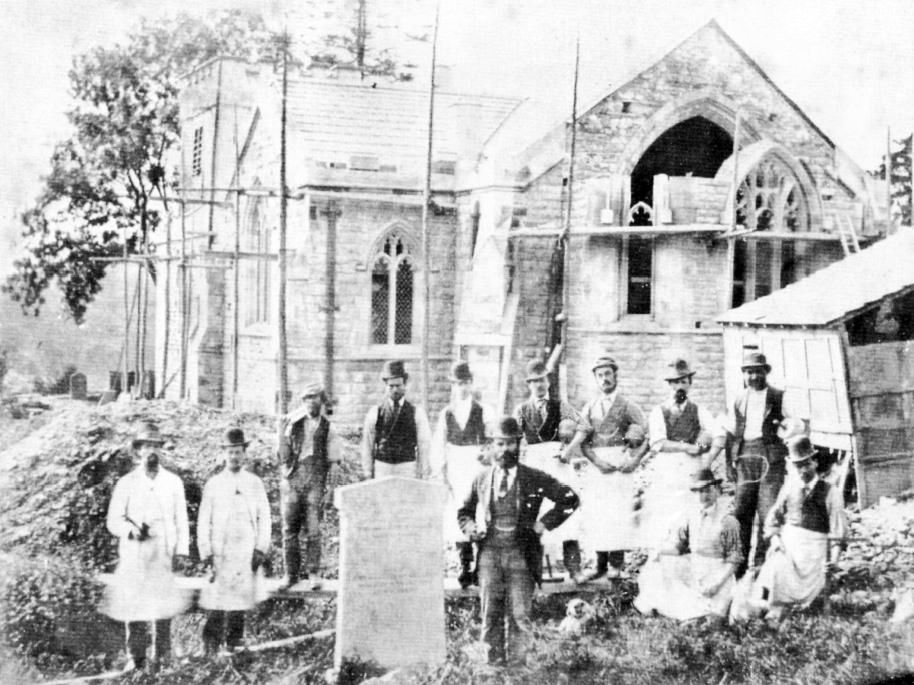 Work on the churchyard started in 1894. Mr Argles donated the land for the burial ground. Parishioners made donations and gave their labour. It was necessary to drain the site to prevent the graves from floating in water. The old churchyard was then formally closed. The Philipson family did not erect headstones but planted a box tree on the edge of the burial ground for each bereavement. There do not appear to be any of these left today. At first the vicar had the right to make money pasturing or haymaking on the burial ground. However, because some people did not like him doing this, the custom arose of buying grave spaces from the vicar and erecting headstones. There was also a rule that headstones should not be erected in June, July and August, out of courtesy to the farmer at Spout House Farm, so as not to trample on the hay-grass. It is always interesting to read the headstones in a churchyard but one in particular is intriguing. It is made of cast iron and sandstone. Unfortunately the sandstone has worn away. However, Pam Bownass speculates that the letters - SON, when linked to an old map of the graveyard and the name Wilkinson, may refer to George Wilkinson's family of Lindale fame. Who knows?

Two of St Mary's vicars met dramatic ends. Parson Wilson was thrown from his horse, when it was frightened by a "hag" (adder) on Hubbersty Head and died as a result of the fall. The Revd Heelis, brother to Beatrix Potter's husband, died of a seizure one Sunday after Communion. 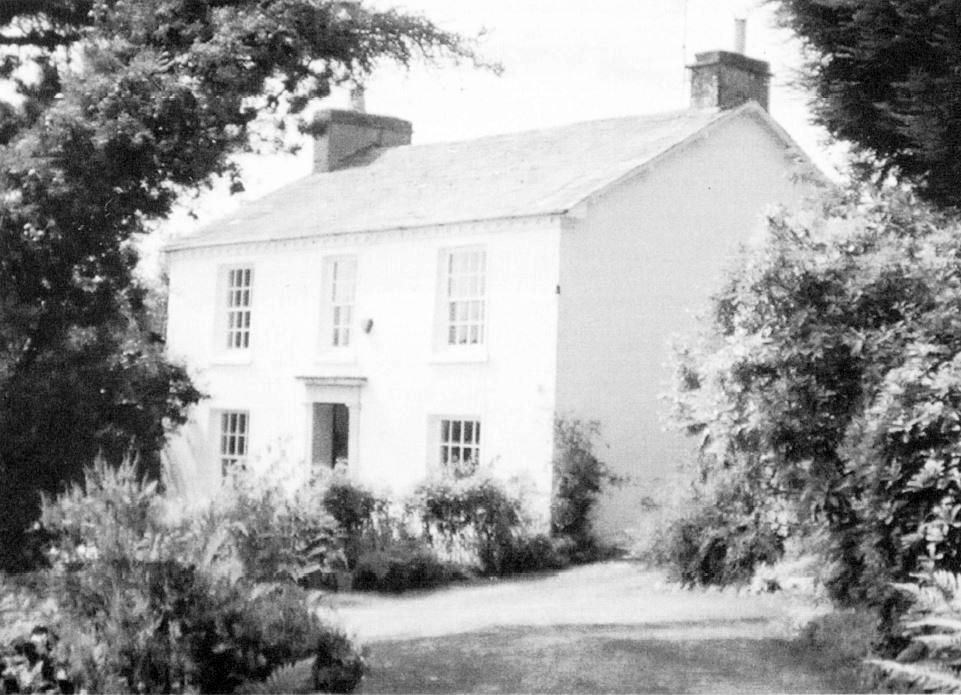 The old vicarage - used by vicars up to 1899,
later named Eden Mount

When Mr Heelis became vicar in 1899, it was decided that the old vicarage, Eden Mount, was no longer suitable, so a new one, Damson Fell, was built opposite the school. The lawns at the front were used for tennis courts, then for gardening lessons for the school children in the "Dig For Victory" campaign. It was in 1945, whilst the Revd and Mrs Heyes were living at the Vicarage, that a Mustang, flying from RAF Cark, crashed into its roof, then onto the lawns and the roadway, killing the pilot. The Vicar's mother was in the house at the time, but was unhurt. After the War, the lawns were laid out as a bowling green. In 1996 this house was sold and a new, smaller vicarage was built. 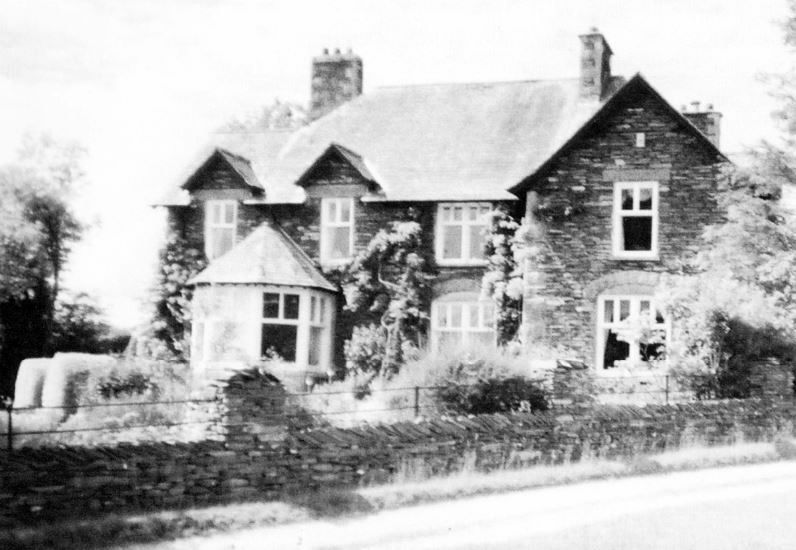 The parish magazine was started in 1894 by the Revd Thomas Cooper, who said it would be a means of communicating with the parishioners and also be a valuable record of parish life for the future. Our present Vicar, the Revd Bill Greetham and Editor, Rodney Sale must surely feel that this sums up the aims of the present parish magazine!

St Mary's stands on the side of the hill, surrounded by the fields and houses of Crosthwaite, a symbol of the long history of Christianity in the valley, the service of its vicars, the skill of the craftsmen who built it, the generosity of its benefactors and the dedication and hard work of its parishioners. 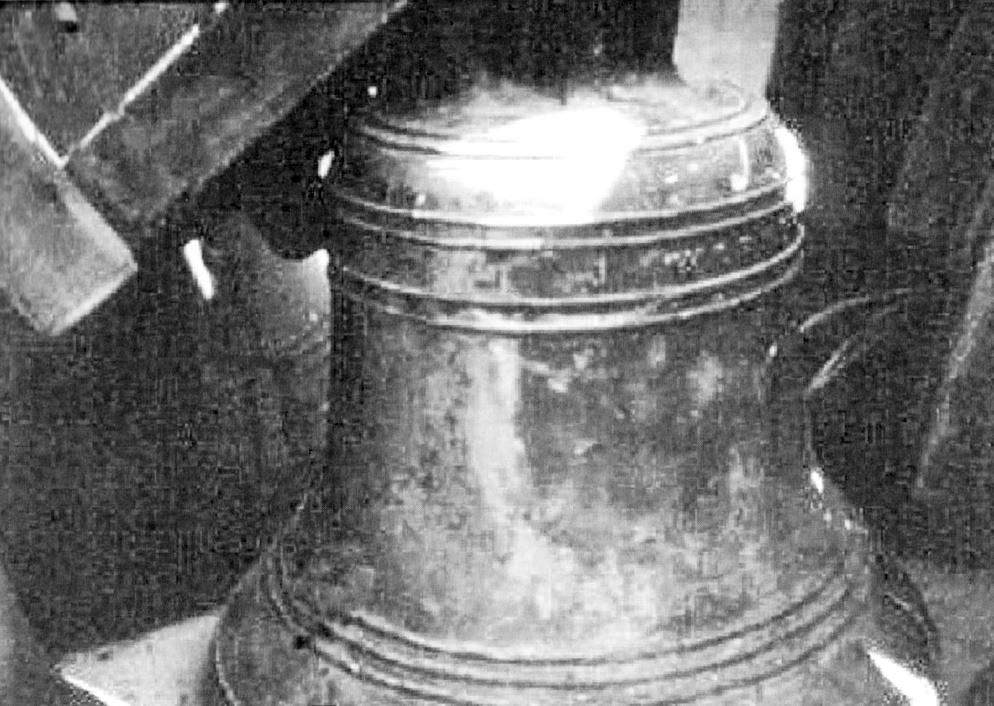 CROSTHWAITE BELLS
Oh Crosthwaite bells are happy bells,
They ring out loud and clear,
And fill the hearts with joyfulness
Of people, far and near.
For half a century they've rung
And sent their message forth,
Glory to GOD in highest heaven
And peace upon the earth.
How oft they've rung as when the bride
From the altar has been led
And oft they've rung a muffled peal
In honour of the dead.
And many are the ringers who
Have climbed that tower stair
And pulled away with right good will
At rounds and changes there.
Oh may ye Crosthwaite bells ring out
For many years to come
And may the youthful ringers here
Love their work, so well begun.
This poem was found in the January 1930 edition of the school magazine
and signed JP, probably James Prickett, the schoolmaster.

BELLS POEM
We were hung in our place when the village was young,
When houses were scattered and few.
In the old dingy belfry for ages we've swung,
Before being recast and made new.
Found in the school magazine of 1931. Author unknown.
These poems came to Pam Bownass from Derek Wilson. They were in
four books that his parents were given by Mr Prickett, as a wedding
present.