January saw yet another pantomime being staged at the Argles Memorial Hall. “Toad in the Hole” was loosely based on the characters from The Wind in the Willows and allowed the usual bunch of would-be-performers to demonstrate their acting skills, or lack of them. If you were one of the 240 people who saw the panto, then you will know what happened. If you did not get a ticket in time then, what you should know is that you missed a treat. The audience on both nights were excellent, joining in wholeheartedly – shouting , singing, applauding and sympathising , which makes it so much easier for the performers, who are raw amateurs. They all work very hard to achieve the level of incompetence that their audiences have come to expect and enjoy.

The evening saw Toad embark on a series of adventures involving a motor cycle, a pogo stick, a space hopper, a tractor, a unicycle and a car. Despite the efforts of his friends, Badger, Ratty, Otter, Don Key, Miss Owl and Mole, to restrain him and protect him, he finally got caught by the policeman and was sentenced to 100 years in prison by the Judge assisted by the Clerk of Court. In the meantime the Stoats and Weasels took over his fine house, Toad Hall. The Washerwoman and the Good Fairy managed to devise a plan to enable him to escape from prison and in the final battle the Stoats and Weasels were driven from Toad Hall and all was well that ended well.

Apart from the actors, there are a surprising number of backstage people, without whom the performance would not be possible. Thank you to everyone.

This was the 11th year out of the last 12 years when a Panto has taken place. We already have some great ideas for 2021. If you would like to be involved next year, please contact Roger Smith on 68671.


Click on an image to see a higher resolution popup 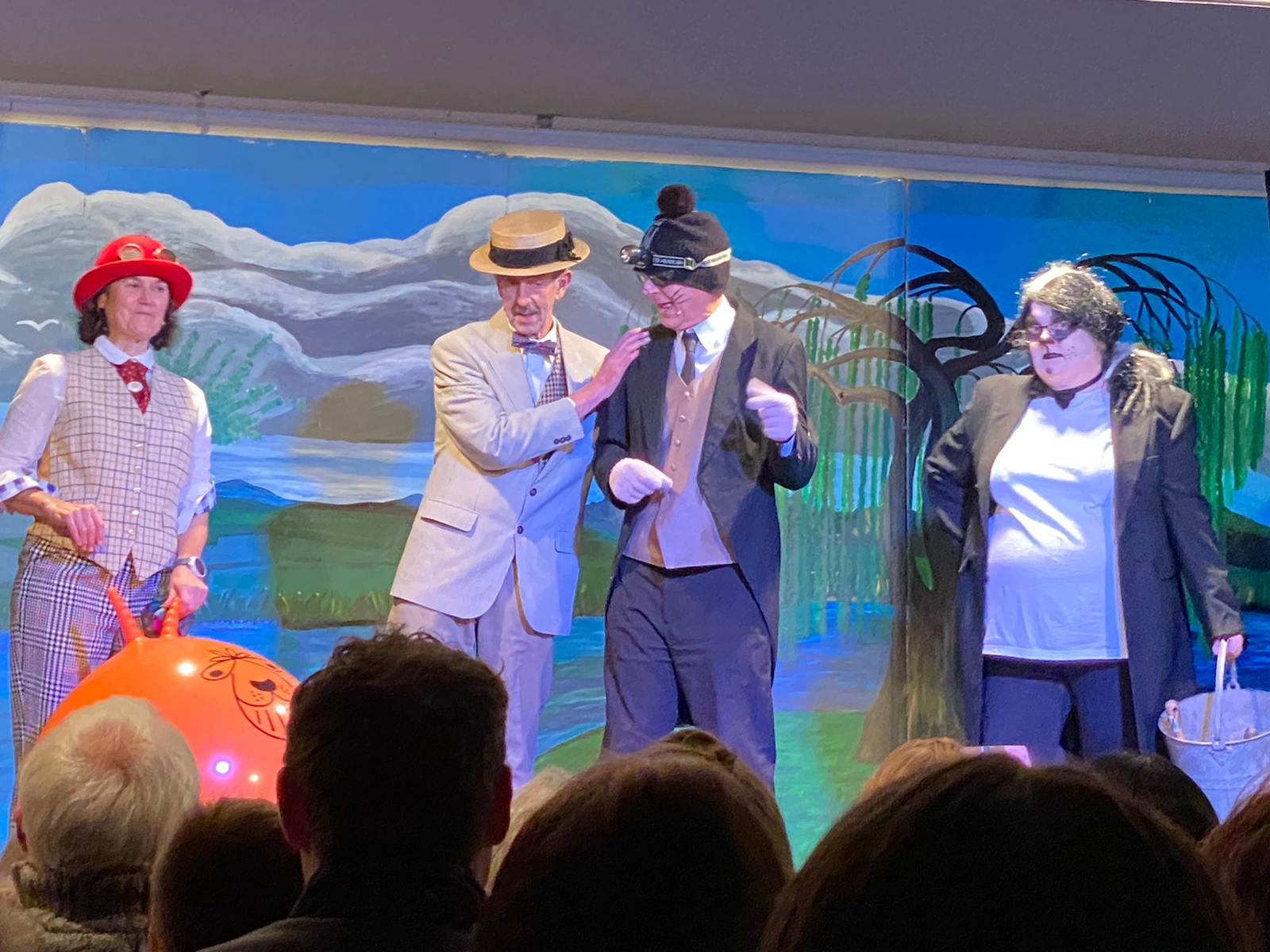 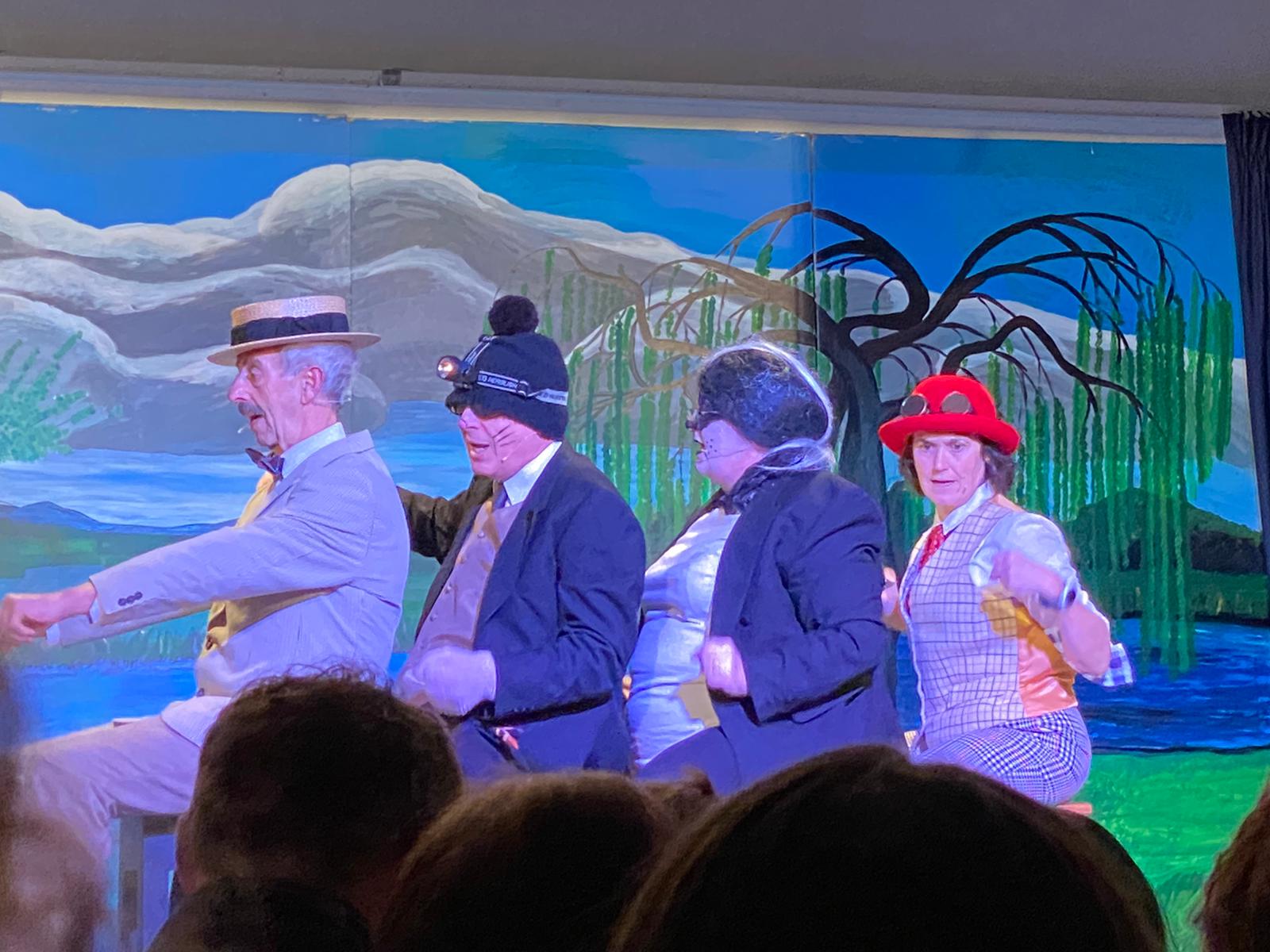 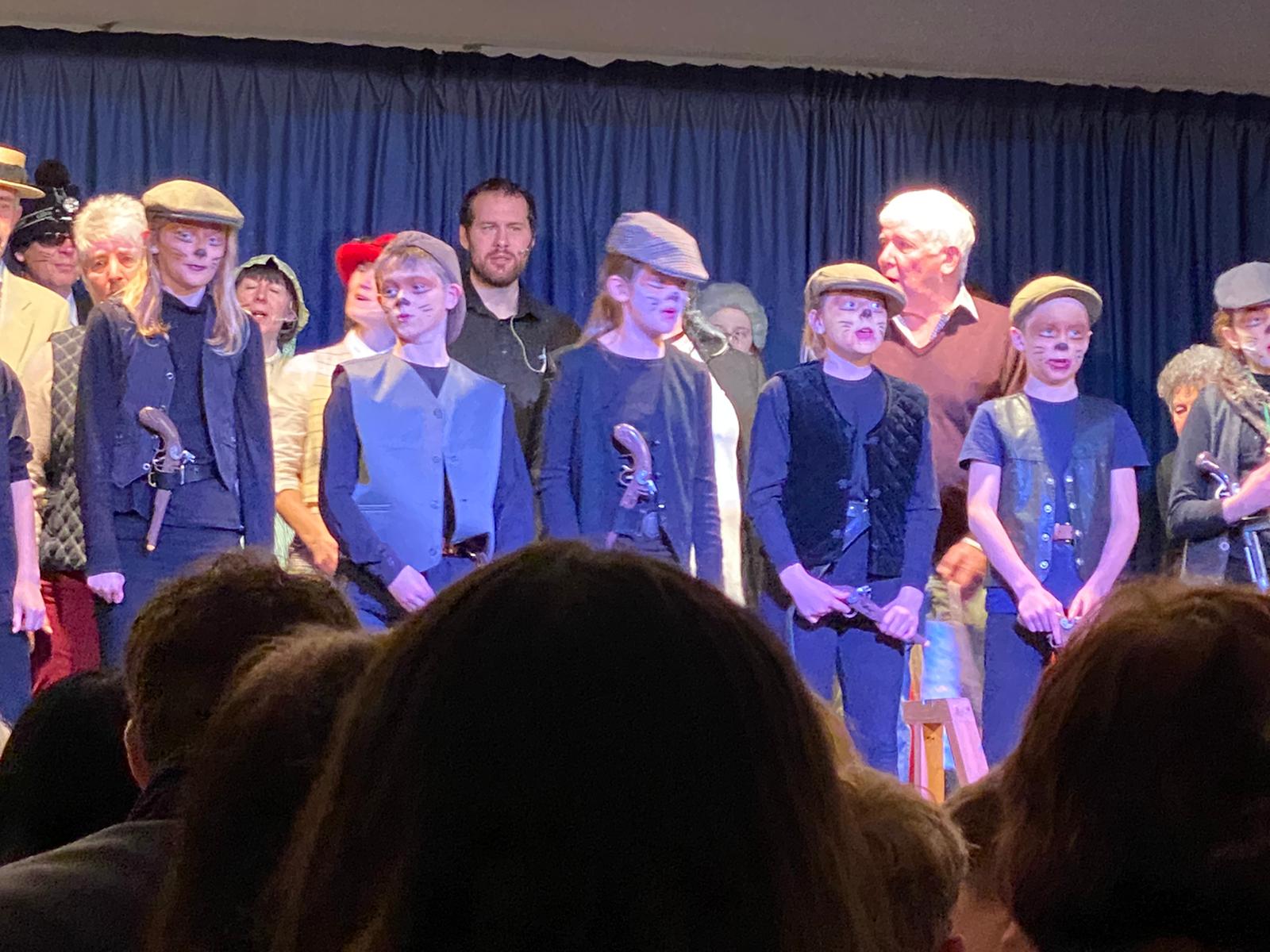 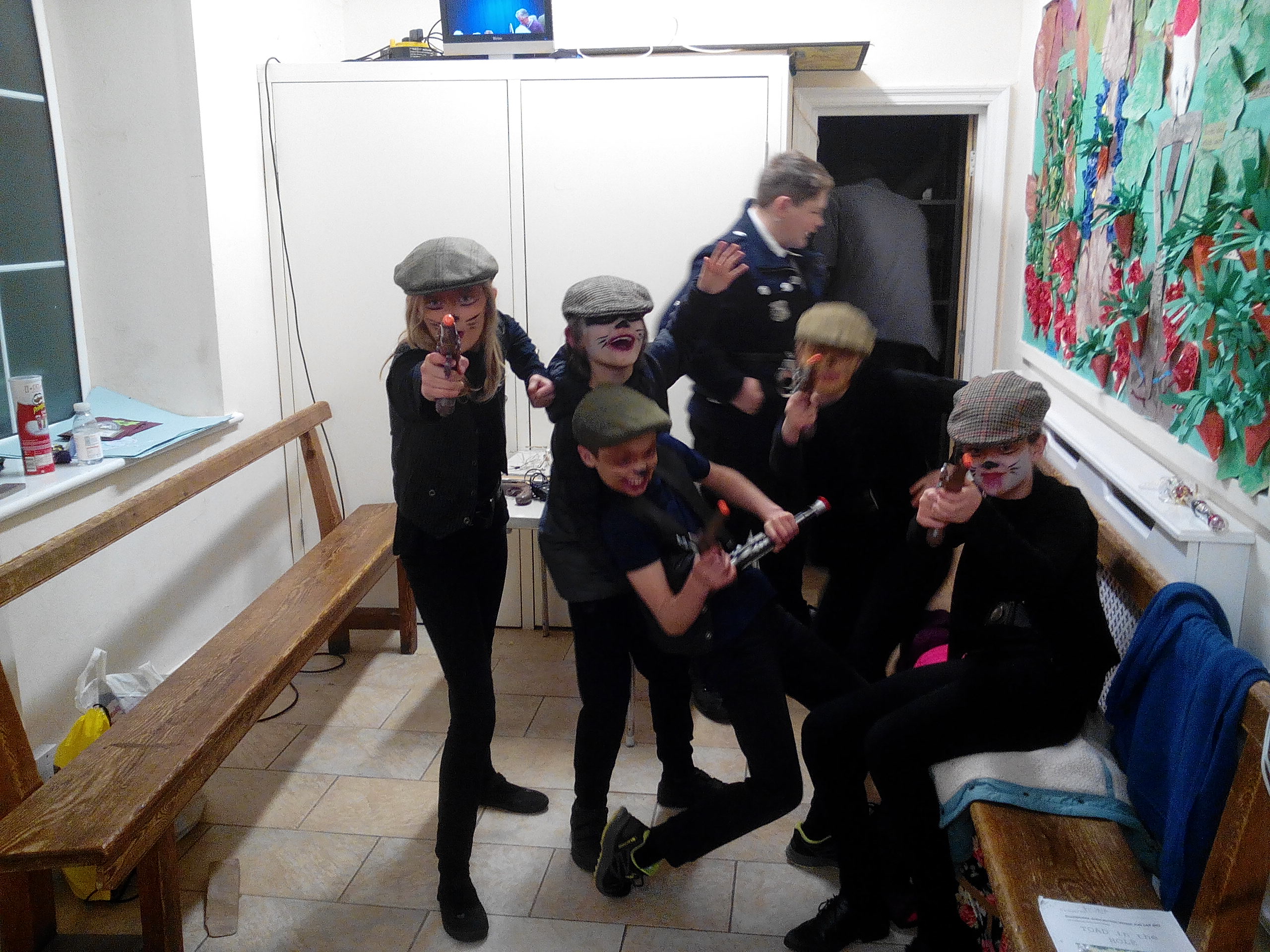 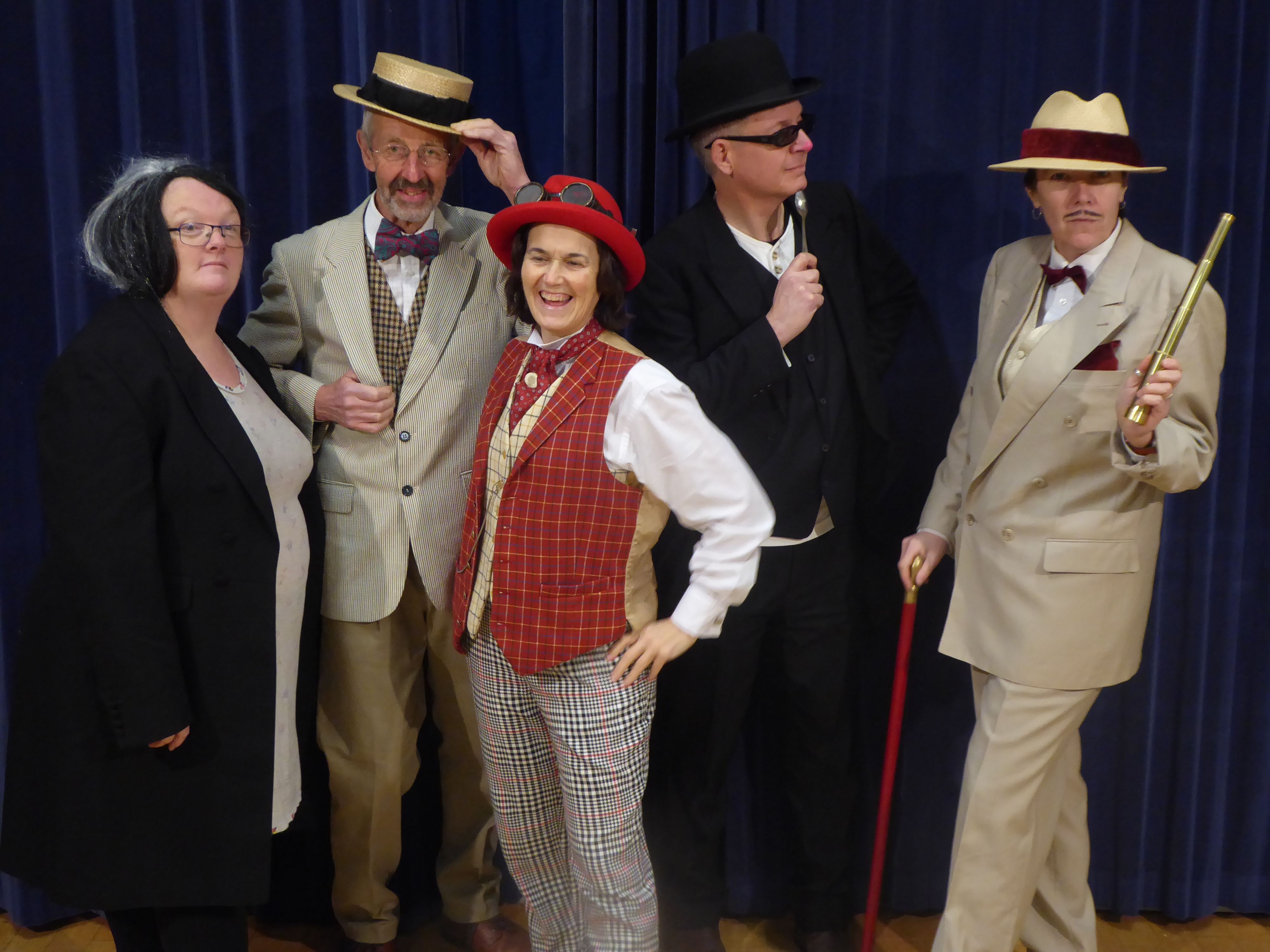 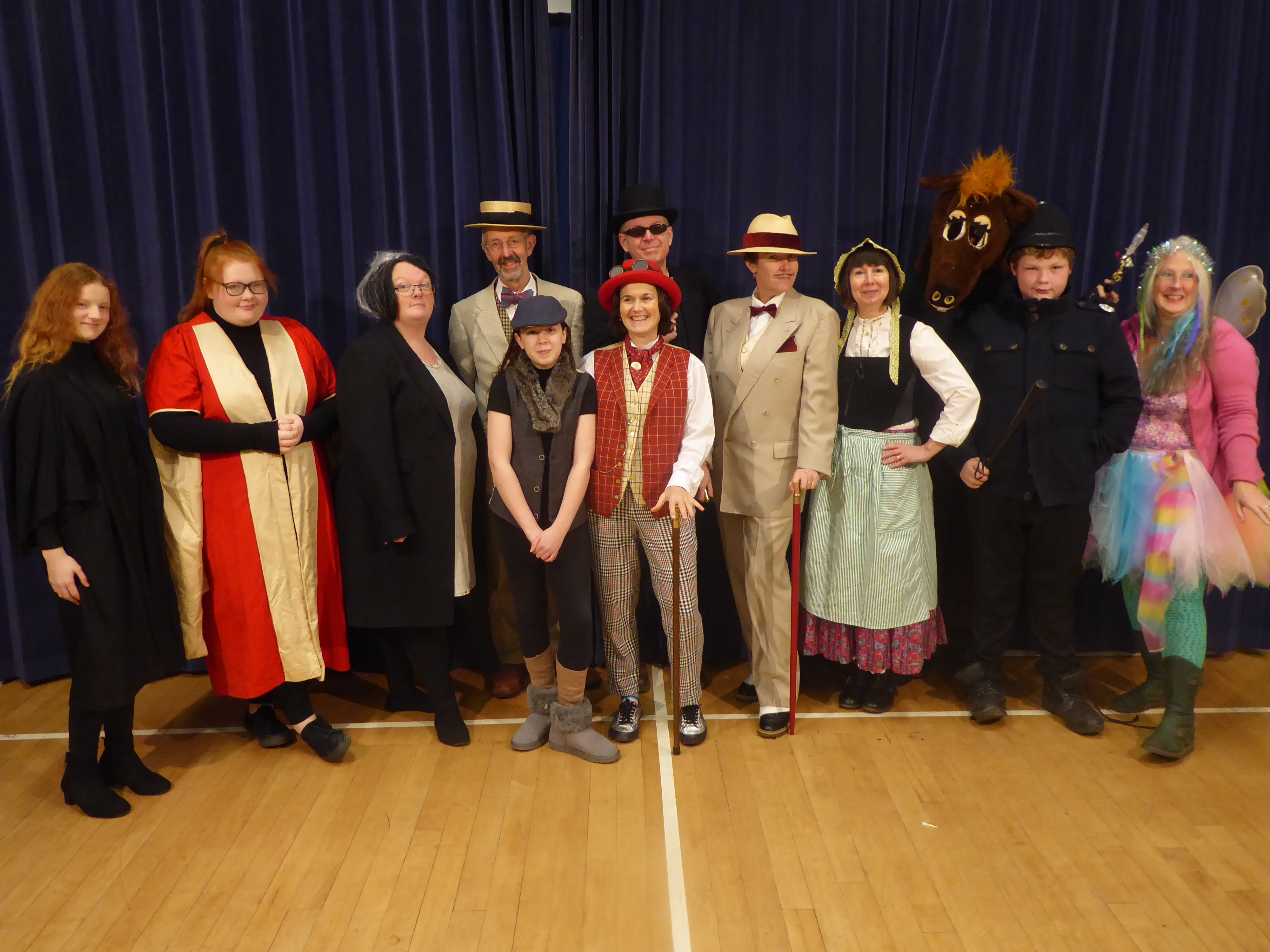